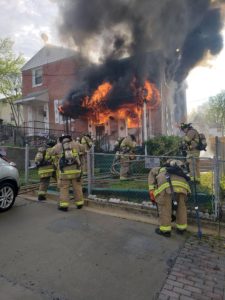 April 17, 2019 – At 8:28 am units were dispatched for a possible structure fire in 3600 block of South Four Mile Run Dr. Engine and Rescue 109 arrived on scene of a 2 story duplex with heavy smoke and fire on all floors of the one side of the duplex. Crews initiated a rapid attacked and quickly knocked the fire down on all floors. The amount of fire in the structure required a significant amount of overhaul to extinguish hot spots, but fire damage was kept to the residence where it originated. The fire was brought under control within 25 minutes, and units started deconning equipment and going through rehab before returning to service.

Occupants of both homes were outside when fire department units arrived. A couple were checked out by medics on scene, but did not require any treatment or transport.  The Red Cross was called to assist the all residents displaced by the fire.

While the fire originated in the basement of the structure, the exact cause is still under investigation. The Fire Marshal estimated damages at $296,860. 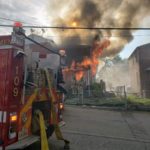 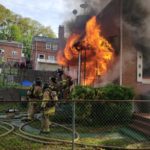 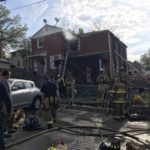