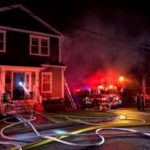 November 24, 2018 – At 6:06 pm fire department units were dispatched to the 900 block of North Frederick Street for a reported house fire. On arrival, crews found smoke showing from the first floor of a two story home.  Occupants met fire crews outside of the home when they arrived. Units found and extinguished the fire which was found in the walls and void spaces around a gas fireplace on the first floor.

The Fire Marshal determined the fire started in an electrical outlet located behind the fireplace. There were no civilian or firefighter injuries, but the occupants were displaced as a result of the fire damage. Damages were estimated at $20,000. 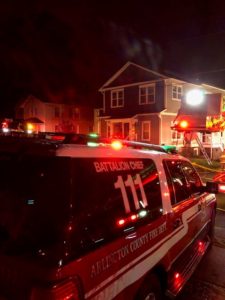 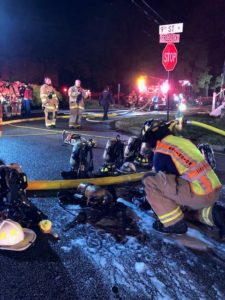